Increase in University Applications for 2013

UCAS has reported a 3.5% increase in applications to higher education dispelling fears that the rise in tuition fees has led to falling student numbers. 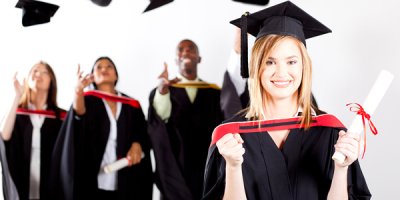 These encouraging figures show a 3.5% headline increase in the number of applicants to institutions across the UK compared to the same period ending January 2012.

Application rates, which take population changes into account, it is positive to note that it is not just the overseas students that are moving UCAS reports that the proportion of English 18 year olds applying in 2013 has increased by on 1% and that the application rates of 18 year olds across the UK are at, or near, their highest recorded levels.

Other groups have also shown positive movement with international and mature student applications and those from disadvantaged 18 year olds “are also at, or close to, record levels”.

Mary Curnock Cook, Chief Executive of UCAS said: "This is an encouraging report, with no double-dip for applications and continuing improvements for disadvantaged groups. Young people from disadvantaged backgrounds are 80% more likely to apply than a decade ago."

"However, there remains a stubborn gap between application rates for young men and young women. This is most pronounced for disadvantaged groups where young women are 50% more likely to apply than young men."

"The significant increase in 19 year olds applying may be indicating that some young people delayed their decisions about higher education after leaving school last year."

Find out more details about our student accommodation investments.