Birmingham Named in World's Top 20 of Places to Visit

Birmingham has been named within the world's top 20 places to visit by the New York Times, highlighting it as the UK's "foodiest town". 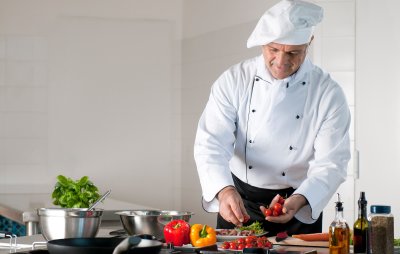 Birmingham was placed on the world's top 20 places to visit, alongside Florence, Tokyo and San Diego by the influential newspaper.

Birmingham was the only UK city outside of London to be named in this high profile listing and as a result, it is now attracting a lot of international attention from its culinary scene.

Birmingham has a strong reputation for its dining experience, made famous by the legendary balti. The New York Times commented, "The chefs are building on an already rich dining scene. Birmingham is famous in Britain for its Balti Triangle, an area of town that is home to a beloved Pakistani-Kashmiri curry dish invented here."

Chief Executive of Marketing Birmingham, Neil Rami, who manages Birmingham Food Fest said, "Birmingham has worked hard to improve its reputation as a visitor destination in recent years by showcasing amongst other attributes, our fantastic and diverse food offer. Our Michelin star chefs and fine dining restaurant scene have catapulted the city into the culinary spotlight, while the diversity and innovations of our independent eateries are ensuring the city remains at the cutting edge and offers something for everyone."

Birmingham is becoming an increasingly popular tourist destination, creating demand for boutique hotels close to the city centre. The JQ Hotel is just a short distance from Birmingham's famous "Balti Triangle" and the city centre.

Investors can now enter the lucrative UK hotel market by purchasing a room in the JQ Hotel, which will be operated by Macdonald Hotels & Resorts with 11% net returns, non-status finance and a profitable exit strategy.