The prestigious British Jazz Awards returned to Birmingham's Jewellery Quarter this year, attracting people from across the UK, providing a great boost to the area.

The event, known as the "Jazz Oscars" returned to Birmingham 27 years after its conception in the city and was held at St Paul's Church in the Jewellery Quarter, hosted by soul legend Jaki Graham and found of the awards, Jim Simpson.

The British Jazz Awards was delivered in partnership with the Jewellery Quarter Business Improvement District (BID) and the Birmingham International Jazz & Blues Festival.

Jewellery Quarter BID Manager, Luke Crane, commented, "We are delighted to have played a role in bringing the British Jazz Awards back to Birmingham. The evening provided us with an impressive celebration of British jazz and was a great success. The programme of jazz events attracted people from across the UK and has been a great boost to the Jewellery Quarter and the city."

The awards were provided by local craftsmen at WH Darby, located in the Jewellery Quarter. The firm was established in 1886 and still uses some of the techniques from when the company started. The Jewellery Quarter has Europe's largest concentration of businesses involved in the jewellery trade, producing 40% of all the jewellery made in the UK and has been in continuous use since the 18th century, employing over 30,000 people in the trade at its peak. 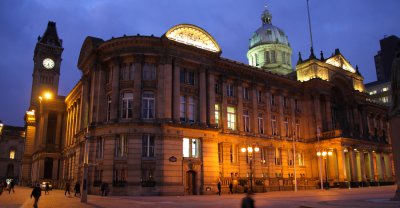 The Jewellery Quarter is now being transformed into an urban village and hub for creative businesses, whilst maintaining its heritage with over 200 listed buildings. The JQ Hotel will be one of these new buildings; a 4* boutique hotel operated by Macdonald Hotels & Resorts and is ideally situated to benefit from the transormation of the area.

Investors can purchase a room in the JQ Hotel for £89,950 and benefit from 11% net rental return and non status finance.