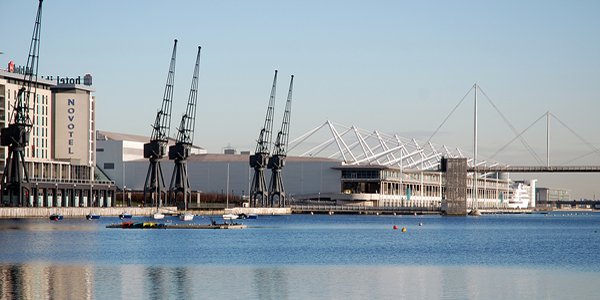 The unique concept of a cable car commute came to the UK. In advance of the public launch, London Mayor Boris Johnson rode in one of the cable cars which will cross the River Thames between the O2 Arena in Greenwich, South London, and the ExCeL exhibition centre in the Royal Docks.

Emerging from the cable car, Boris said "Get on this cable car immediately. It's beautiful, worth every penny and a stunning piece of engineering." He advised that the new system provides a much needed connection across the River Thames and the cable car had become "a must see destination in its own right."

The cars will cross the river approximately 300 feet above the river and will provide spectacular views of the city, Canary Wharf and Olympic Park.

"A single fare will cost £3.20 on Oyster and a cash fare will be £4.30 and will operate throughout the week from 7am to 9pm. Frequent flyer passes will be offered."

The Dubai based air line, Emirates, is sponsoring the cable car for £36 million. Transport for London advised the project is estimated to have cost £60 million; £45 million of which was the cost of building the cable car line.

Investors are still able to invest in this exciting new hotel project, but should act promptly to avoid disappointment as only a handful of units remain. For further information, please click here.