Over the past decade, the Northern Powerhouse has seen a dramatic transformation. As businesses, retailers and corporations begin to look away from London, the North has seen an extensive redevelopment in some areas, with Salford in Greater Manchester leading the charge.

In the last ten years, Salford has become a city transformed. With more than £650 million spent on projects across the city, the area has seen unprecedented growth with seven decades of population decline now in reverse and the area generating £1 billion for the national economy.

The flagship project in Salford’s regeneration has been MediaCityUK, the UK’s first media focused development, home to iconic corporations such as the BBC and ITV, as well as more than 80 other small businesses specialising in the digital and creative industries. This development, in addition to the wider investment in Salford Quays, has helped this small section of the city to account for a fifth of Salford’s economic contribution. 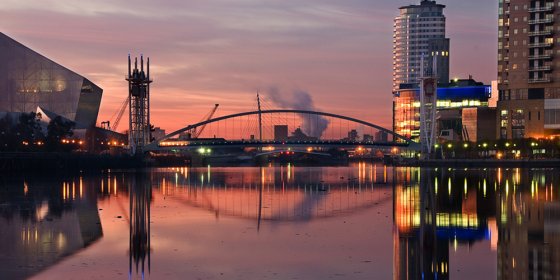 Following the success of the MediaCityUK and Salford Quays investment, further work in the area has been planned with a further extension of the MediaCityUK site, a move that could bring a potential 15,000 new jobs to the region.

Salford Central and the main traffic corridors leading between the area and Manchester city centre are also due to see extensive investment of £650 million over the next decade. Plans for the centre of Salford are set to see over 800 new homes, 200 hotel beds and almost 186,000m² of new office space added.

The area has plans to continue their trajectory of growth through providing further regeneration not just in these targeted areas, but through providing projects throughout the city to benefit the community at large and the economy of the area.

Throughout the suburbs of Salford, there are extensive plans to provide new housing with more than 7,000 new homes and more than 3,000 home modernisations outlined in the Salford City Council ‘Salford 2025: A Modern Global City’ prospectus, which details the extensive growth planned for the entire Salford region. 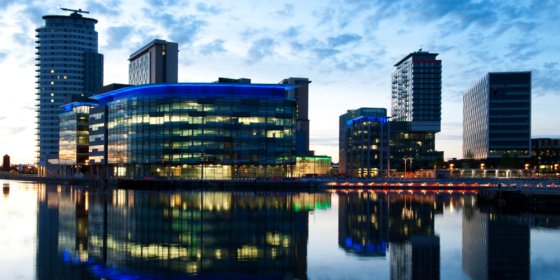 The continued move towards increasing the amount of housing in the region has seen Salford look to residential apartment blocks expansion and the building of new homes as a way to accommodate a rising population.

According to the Greater Manchester Forecasting Model and the Office for National Statistic, Salford is set to undergo a rate of population growth that is higher than the rest of Greater Manchester, the North West or the entirety of the UK over the next decade. In the last ten years, the number of households in Salford has increased by 10% according to Census figures and with more homes due to be built this population is set to grow significantly.

All of the redevelopment in the region has made it a paradise for property investors, as high demand for buy to let properties has distracted purchasers from the appeal of London and into the Greater Manchester property market. With Salford continuing to build upon a solid foundation of regeneration, interest in the region is only going to increase.

With Salford scheduled to complete work on its central regeneration programme by 2018 and to with its remaining regeneration goals for the area scheduled to become a reality by 2025, now is an excellent time to look at the region as a source for your next buy-to-let property investment.

Manchester View in Salford is an exceptional residential property investment, offering a range of studios, one-bedroom, two-bedroom and three-bedroom apartments with a NET rental return of 7% contractually assured for 2 years.